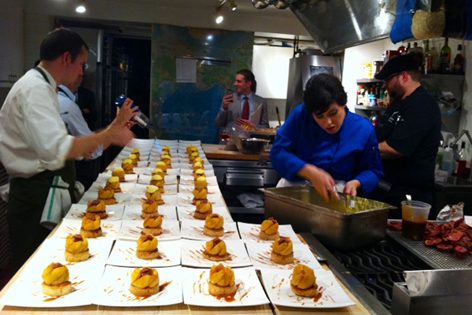 We’ll be honest: Ozarks cuisine was never really at the top of our want list. When we thought of that rural region, which extends across southern Missouri into northwestern Arkansas and parts of Oklahoma and Kansas, we mostly thought of Walmart (it has its corporate headquarters in the area) and that depressing Winter’s Bone movie. Maybe they hunt squirrel there?

But then we were invited, on behalf of Bentonville, Arkansas’s esteemed Crystal Bridges Museum of American Art, to the James Beard House, in the West Village, for a showcase of regional food from the area, featuring chefs from four downtown Bentonville restaurants: Eleven at Crystal Bridges, The Hive at 21c Museum Hotel, Tusk & Trotter, and Meridienne Patisserie. What we learned, over a few hours of black-apple moonshine, delicious pork-centric hors d’oeuvres, and five courses with wine pairings, is that the farm-to-table movement is alive and well in Bentonville—indeed, it’s been alive and well there since before it was a “movement”—and the area’s unique geography affords some interesting native ingredients, like black walnuts and black apples, which the local chefs use skillfully and creatively. Also: People in the area do hunt squirrel, but they eat them only once a year, during the World Championship Squirrel Cookoff (it’s actually illegal to sell squirrel in restaurants).

Following are a few photos from the event (taken on an iPhone), though we are sad we didn’t think to photograph the canapés, as they really rocked our world—particularly a spicy, smoky, sinfully delicious spoon-bite of pepper bacon with fruit jam and sliced pork jowl (its creator, Chef Rob Nelson of Tusk & Trotter, may have slipped us a slab of that heavenly house-cured bacon on our way out the door…). All in all it was a wonderful evening of new tastes shared with our new Arkansan friends. The next time we explore this regional cuisine it will be on the ground in Bentonville, we hope. 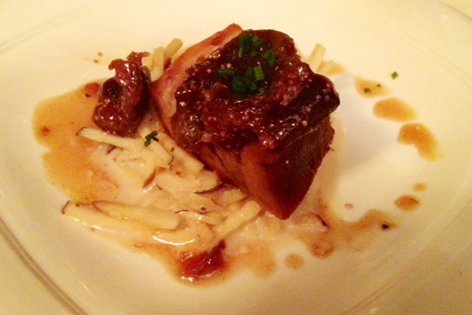 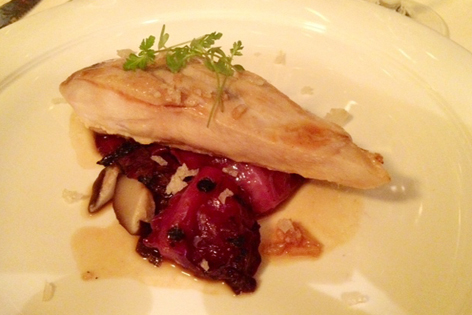 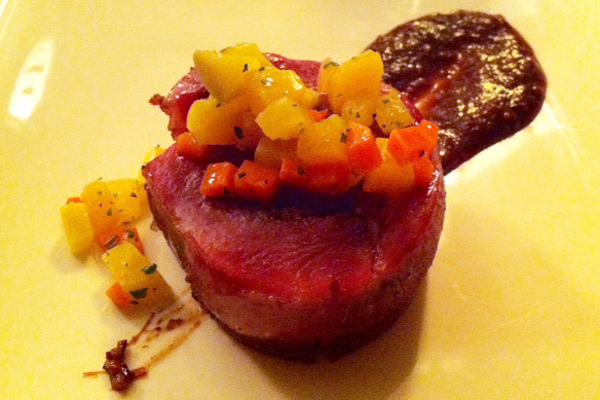