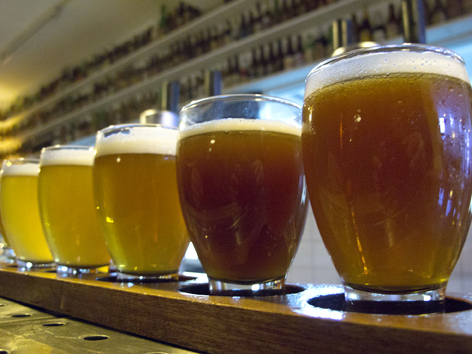 You may think of Amstel, Heineken, and, well, other types of highs in Amsterdam before you think “craft beer,” but the Dutch capital has no shortage of terrific microbreweries and impressive beer bars that showcase small-scale Dutch brewers. While we’ve written about this before, we are revisiting it now in honor of a post we contributed to Expedia.com—essentially a love letter to our favorite beer bar in Amsterdam, Proeflokaal Arendsnest.

For more on Arendsnest and our other favorite spots to drink Dutch craft beer in the city, read on: 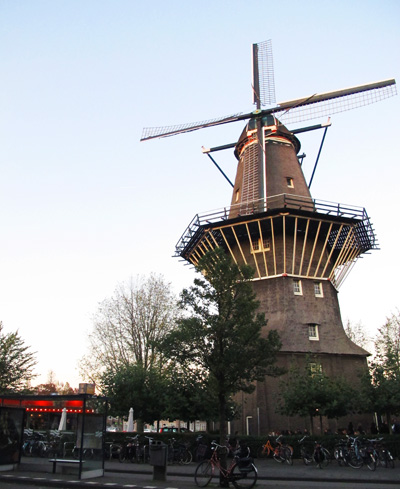 Founded in 1983, this stalwart of the Amsterdam brewing scene is easy to love: It’s located under a quaint old windmill on the eastern outskirts of town, after all. Here you’ll find communal wooden benches (inside and out), delicious house beers, and a friendly, low-key vibe of regulars, locals, families, beer nerds, and (smart) tourists getting their drink on. There are usually about six beers on tap—all of them unfiltered, unpasteurized, and top-fermented; many brewed in the Belgian style—and you should try them all. We particularly liked the boozy, hoppy Columbus, a Belgian pale ale, and the refreshing IJwit, a lemon-and-coriander-infused wheat beer. These beers tend to run strong, in the 8%-9% ABV range, so be sure to pair them with a meat or cheese plate, like the creamy Skeapsrond kaas, a Camembert-like cheese produced by local sheep fed malt dregs from the brewing process. brouwerijhetij.nl; Funenkade 7, map 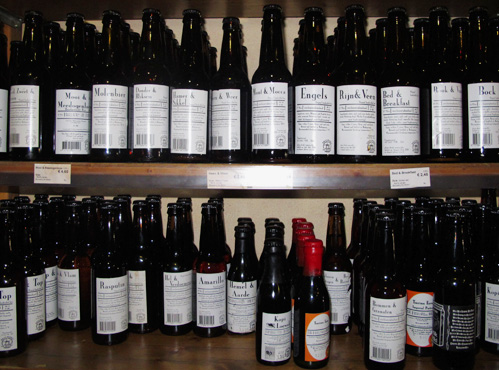 If you have an apartment (or a hotel minifridge), you’ve gotta swing by venerated De Bierkoning, a beer store near Dam Square, to gawk at the 1,500 or so brews for sale, many of them Dutch or Belgian in origin, and hopefully buy a few to sample while you’re in town. Many of the region’s best local beers are represented here in bottled form, including Vlo, a Belgian strong pale ale brewed by Brouwerij ’t IJ for the shop’s 25th birthday, and Hel & Verdoemenis, a roasty, award-winning 10% ABV Russian imperial stout brewed by the popular Brouwerij de Molen in Bodegraven, about an hour south of Amsterdam. This year the shop will mark its 30th anniversary, and we’re sure a new beer will be released to commemorate it. bierkoning.nl; Paleisstraat 125, map 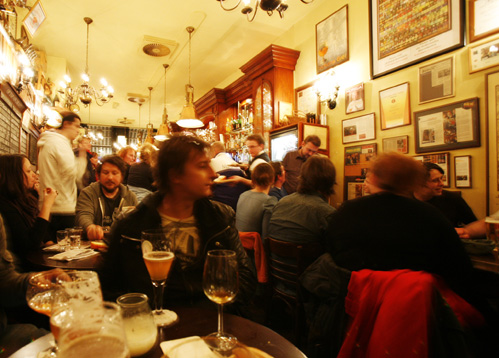 We are probably sounding like a broken record by now, but this is truly the best place in the city for anyone interested in exploring Dutch beer, as the bar is exclusively devoted to the stuff, stocking more than 100 regional beers (about 30 of which are on tap). As we shared on Expedia, we especially enjoyed the boozy, malty-sweet Quadrupel (10% ABV) from La Trappe, the only Trappist brewery in the Netherlands, but there were countless others we liked from Jopen, de Molen, de Prael, Two Chefs, and more. Besides the brews, we just loved the warm, intimate vibe here; it quickly became our neighborhood spot, as it wasn’t far from our apartment rental in the picturesque Jordaan district. arendsnest.nl; Herengracht 90, map


For more on Dutch beer, see EYW's Amsterdam What to Eat pages.