Some favorite links this week in the worlds of food, travel, and beyond.
Note: This will be our last installment for a few weeks, while we travel
around Turkey. 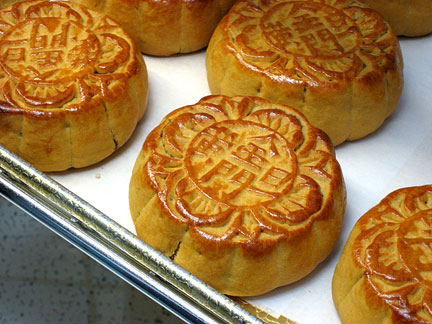 In Focus: Oktoberfest 2012
Via The Atlantic, 34 photos of good times and hefty beers at Munich’s 179th Oktoberfest, happening now through October 7. Gotta love the passed-out revelers “resting” in the park.

5 Best Mooncakes for 2012 – The Good, the Pretty and the Weird
In anticipation of this weekend’s Mid-Autumn Festival, we admit to being a little moon cake-crazy right now (have you heard about our moon cake contest?). But we’re new to moon cakes and still learning of their many regional (and trendy!) variations. This post on Daniel’s Food Diary is a great resource for seeing what’s out there right now. They really are pretty, aren’t they?

Interview with Jonathan Gold
A fun interview from Believer mag with the witty Los Angeles Times food writer, over Korean food. Favorite quote, regarding what you can learn from eating in a foreign place:  “When you’re in a restaurant, everybody has a hospitality gene that kicks in. Even the stuff you read about Bin Laden—you could be the prime minister of Israel and if you showed up at his camp, he’d sit you down and give you some water and some dates. We’re hardwired for that.”

Melting Greenland Weighs Perils Against Potential
From The New York Times, a sad but interesting article on Greenland’s changing economy and culture. As Arctic ice recedes and the shrimping industry disappears, will mining for minerals make Greenland “the first sovereign nation created by global warming”? And what will the loss of seafood and a potential influx of Polish and Chinese construction workers mean for the country’s culture and traditional cuisine?

Eating Istanbul, Parts I & II
We stumbled on these Istanbul food posts on á la mode and couldn’t help looking again and again at the stunning photography. Great tips, too, but it’s the photos that make us most excited to reach Turkey’s shores.