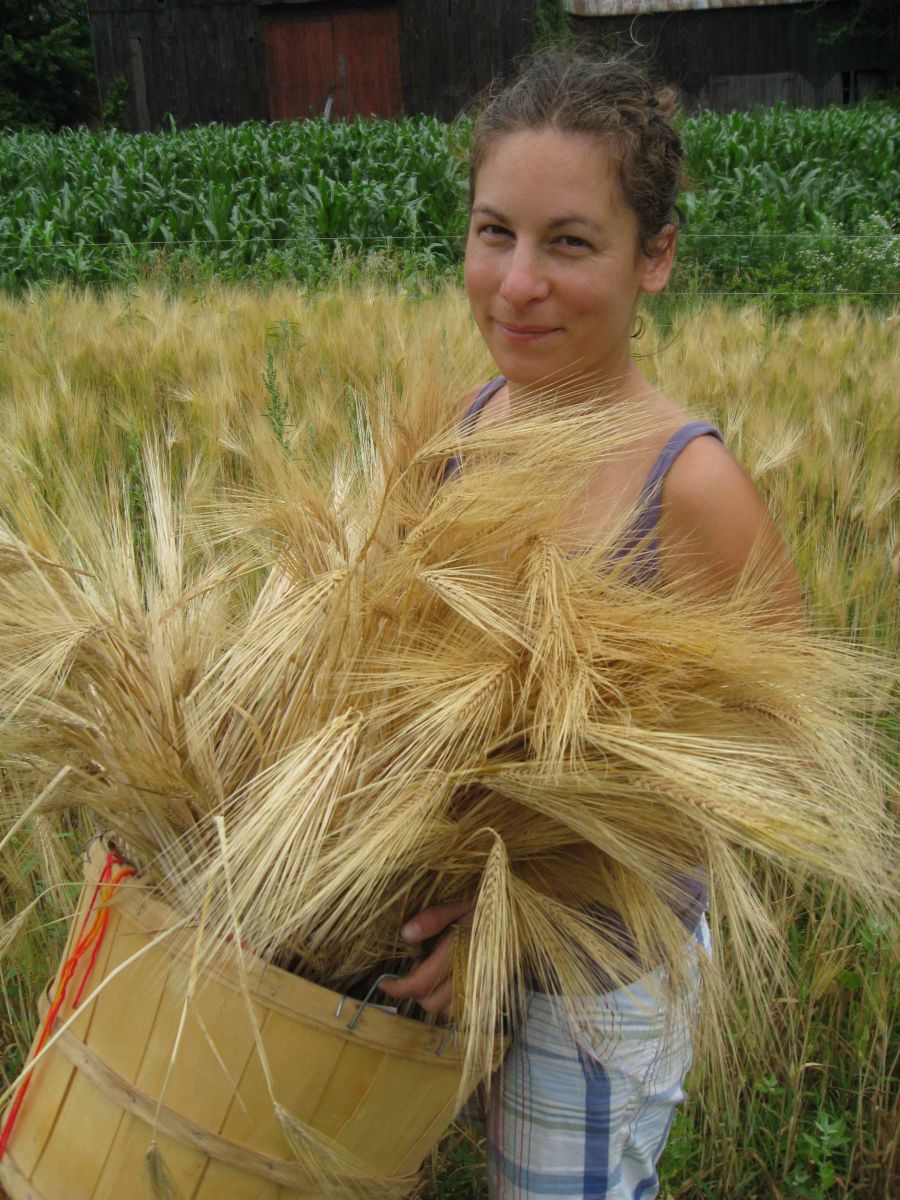 “Beer and spirits were an essential part of everyday life for the first European settlers of our country. Malting barley was brought over on the first ships with other essentials, like wool and wheat. Records show it was first planted on Martha’s Vineyard in 1604. I would like to eventually grow and malt the original variety of barley that was grown in New England.”—Andrea Stanley, Valley Malt

Tell us about your job.
I am a maltster: I malt grains for brewing and distilling. The process
of malting starts with soaking grain, sprouting it, and drying it. It takes one full week to malt a batch of grain, and we malt in 2,000-pound (one-ton) batches. We started in 2010 with one malting bin and now have four malting bins. On any given day I work at the malthouse cleaning grain, turning the malt, smelling it, touching it and making decisions about when to start drying a batch based on how it smells and feels. I also clean grain and malt, weigh it into 50-pound bags, and then stack those bags on pallets to ship out to our customers. Along with the daily physical labor, there is an equal amount of office work. I spend a lot of time on the phone talking with local farmers about grains, talking with brewers about malt, and keeping a malting schedule based on customers’ orders.

So that it’s clear to our readers, please briefly explain the role of malt in the brewing of beer.
You may be wondering, “What is malt?” Malt is grain that has been sprouted in order to be used for brewing and distilling. In the sprouting process we are optimizing on the natural process of the grain’s growth into a plant, making what was a hard and not-sweet grain into an easy-to-crunch, malty sweet product. Once we finish malting, and clean off the rootlets that grow during germination, we ship the malt off to be milled and brewed. It is this sweet malt that will provide the color, flavor, body, and fermentable sugars to beer.

What led you to your current position?
Originally my husband, Christian, and I were thinking that we would like to start a brewery in our town. We wanted to make a “truly local” beer—not just brewed locally, but to also have all of the ingredients grown locally. When we looked into this and talked with brewers, they would say, “Great idea, but you cannot make beer from grain; you make beer from malt.” When I started looking into where we could send our grain to have it malted, I realized that the closest malthouse was in Wisconsin. So instead of starting a brewery, we decided to start a malthouse. It became very clear to both Christian and me that this would be our contribution to the burgeoning craft beer and local food movement.

What do you love most about your job?
There are three things that I love about my job.

1. The physical labor and working so directly with barley and grains all day. When I am turning 2,000 pounds of sprouting grain each day, I feel like I am working in my garden.

2. The relationships we have with farmers. Many of these relationships have turned into friendships. We’re both learning about organic farming and are now starting to farm, too. This year we will be growing about 40 acres of oats, barley, and wheat in Hadley and Northampton.

3. The relationships we have with brewers and distillers are incredible. We work with so many creative and talented people who are happy to have a local malthouse to get even more creative with. Their willingness to take risks and try new malts gives me the freedom to explore malting heirloom grains such as spelt and emmer. In the end, the craft beer drinker also benefits because she gets to now try these funky new beers. 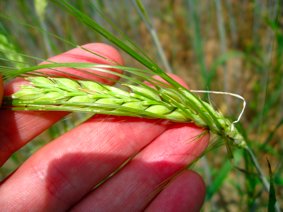 How does your product speak to the culinary landscape/history of Western Massachusetts?
We are fortunate to live in an area with great energy around local food and beverages. Our local artisanal bakers have been using local grains in their breads now for a number of years, and now the possibility of tasting local grains in beer and spirits is also opening up. We had an event in March where all the food and drinks were made from locally grown ingredients. There were eight beers made with our malts, many also with local hops as well as local wine, cider, and ginger libations. At the end of the evening, I just grinned and thought to myself, “We just ate, drank, and danced the night away, and every part of it was homegrown.” How many other places can offer the same level of localness?

I also have to mention that historically Hadley, Massachusetts, did grow barley [pictured] and, in fact, had a malthouse in the 1650s. Our soil is fertile and has made some incredibly tasty beers and spirits.

What’s one iconic dish (or beer!) in Western Mass that a visitor cannot miss?
MassWhole is an amber ale made by Wormtown Brewery with 100% Massachusetts ingredients. The barley is grown in Hadley by Joe Czajowski and malted by us. The hops are from 4 Star Farm in Northfield and Divoill’s Farm in Royalston.

EYW focuses a lot on a city’s historic, traditional foods and drinks. What do you think (or hope) is the future of food/drink in the Northeast?
Beer and spirits were an essential part of everyday life for the first European settlers of our country. Malting barley was brought over on the first ships along with other essentials, like wool and wheat. Records show that it was first planted on Martha’s Vineyard in 1604. There were licensed maltsters that came over on the first ships along with other tradesmen such as blacksmiths and coopers. These people were incredibly brave and hopeful and hardworking, and they enjoyed beer. I would like to eventually grow and malt the original variety of barley that was grown in New England. I hope to find a brewer that would be willing to make a historical beer in honor of these original settlers of New England. Perhaps we could find a few beer drinkers who would be interested in tasting a beer as it may have tasted 350 years ago.

On EYW, we ask users to share short food memories related to travel, a favorite meal, growing up--anything. Can you share a brief food memory with our readers?
My most vivid memories are usually triggered by smell. We recently traveled to the U.K. to tour old malthouses where the maltsters are still hand-turning malt on the floor. All of the smells were familiar, and it just made me realize how the smell of malting barley dates back to the beginning of civilization. It is a sensory experience that we share with every other maltster. Like baking a loaf of bread, it is an experience that is borderless and timeless.

Check out where you can find Valley Malt on tap in the Northeast U.S., and read more about drinking local beer in the Boston area on EYW here.