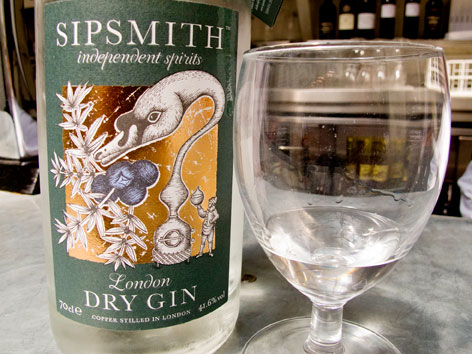 What: It owes its existence to Dutch jenever, but gin as we know it took off in London—a bit too much, it would seem, as historians like to compare the city’s gin craze of the early 18th century to the U.S. drug wars of the 1980s. (To be fair to London, at that time unlicensed production was allowed, and high-proof, unrefined gin was very, very cheap.) A few laws, taxes (and ensuing riots), a bad drought, and a couple of decades later, the spirit that had become known as “mother’s ruin” was more regulated and, as quality improved, better tasting. Beginning with Gordon’s, founded in 1769, large-scale distillers like Tanqueray (est. 1830) and Beefeater (est. 1863) proved themselves respectable purveyors (and later exporters) of good, pure London dry gin— gin that’s distilled twice, first as a neutral grain spirit and then with juniper berries and other botanicals—and the spirit’s seedy reputation was forever changed. Today, while those big distillers still enjoy worldwide success, our focus is on smaller-batch artisanal producers keeping the tradition alive within London city limits. Meeting both those requirements are two microdistilleries: Sipsmith and Sacred Spirits, both established in 2009. Classic with a locally handmade twist, these gins show just how far London’s favorite spirit has come.

Good to know: Beefeater and Thames Distillers are the other two distillers in London.

Where: We found Sipsmith—based in Hammersmith and the first new distillery to use a copper-pot still in London in nearly two centuries—behind the bar at St. John (26 St. John St., map), Fergus Henderson’s celebrated nose-to-tail dining den in the East End neighborhood of Clerkenwell. The bar area is quite pleasant: spacious, bright, and stocked with local offerings.

Order: The staff was kind enough to allow us a complimentary taste of the incredibly smooth, highly sippable Sipsmith. On the drinks menu during our visit, it was featured in an expensive but no-doubt delicious martini for £14, or try it on the rocks.

Alternatively: Generally, establishments that take their beer and/or food seriously will carry these gins. Sacred Spirits, based in Highgate and celebrated for its unusual cool distillation, lists local outlets on its website; of those spots we recommend the exquisite little Cocktail Bar upstairs at Rules (35 Maiden Ln., map), London’s oldest restaurant, in Covent Garden. Sipsmith’s gin, for one, is featured in a Negroni at the trendy Pollen Street Social (8 Pollen St., map) in Mayfair.