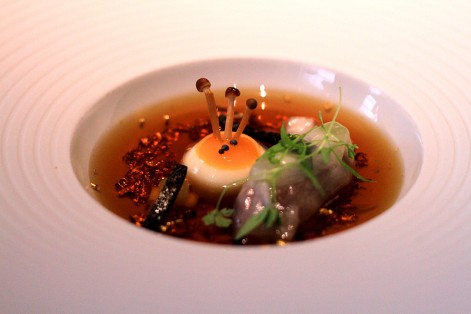 This whimsical dish by Heston Blumenthal was part of his take on the "Mad Hatter's Tea Party" from Lewis Carroll's "Alice in Wonderland." It is based on a Victorian dish for the middle class - a calf's head boiled in beef broth; a cheaper substitute for the expensive turtle. Here, a pocket watch made of gold foil was added, after which the broth was poured.