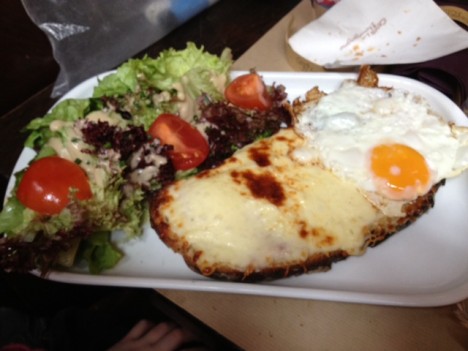 The bread was crusty and the ham was thinly sliced. The Emmenthal (a.k.a. Swiss) cheese was nicely browned and crispy. And as always, there was tons of it. You really can't leave Paris without trying either a Croque Madame or a Croque Monsieur (same thing without the egg). It's standard fare at every brasserie in town.