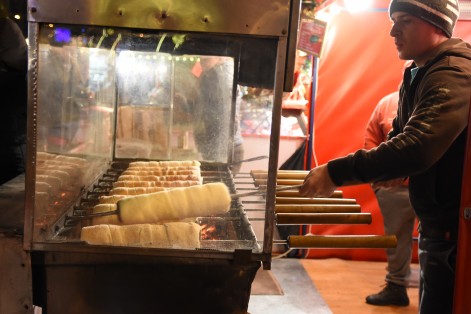 Kürtőskalács is like a pretzel and doughnut magically twisted into one. They bake them over the fire by rotating them until they turn golden-brown, and then they remove them from the skewer and serve them piping-hot. You can order them plain or covered in nuts, coconut flakes, sesame seeds, chocolate or cinnamon. The cinnamon is delicious!