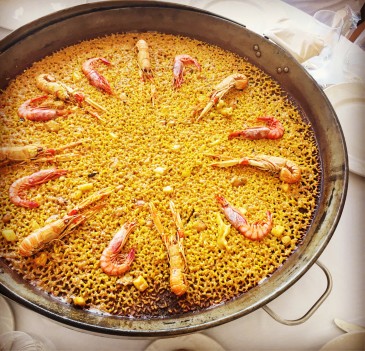 Valencian paella was born on Lake Albufera south of the city in the 19th century. That dish was originally made with rabbit and chicken. Nowadays, a seafood version - called "paella de marisco" co-exists with the traditional "paella valenciana." A well-made paella has a crispy rice at the bottom. It even has a name in Valencian - "socarrat"!!