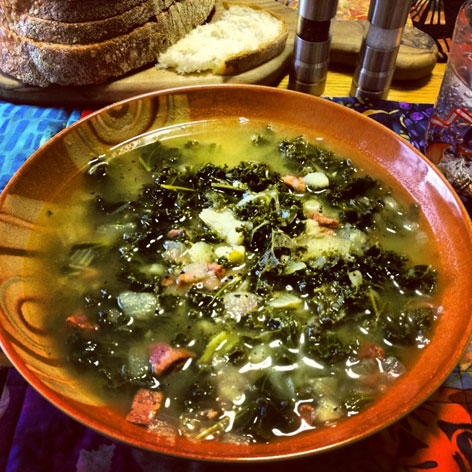 Every summer, Cape Cod is among our favorite go-to escapes, a long weekend with local friends for which we’re always in for lots of boating, clamming, lobstering, swimming, and, of course, eating. (As we’ve previously admitted, however, we are pretty bad about working when we’re in this area.) New Year’s weekend marked our first winter trip to the Cape, and it proved a long-overdue visit with its snowy conservation lands and starkly beautiful shores, transformed by snowdrifts and the absence of tourists. Of course, we spent a lot of time indoors, and when we weren’t in front of the fireplace, we were in the kitchen. 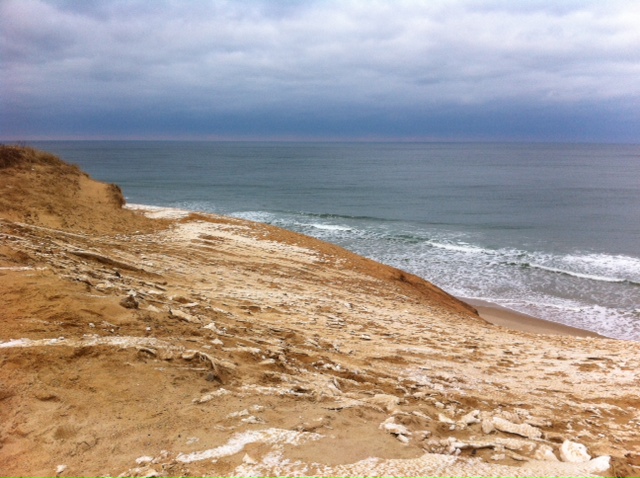 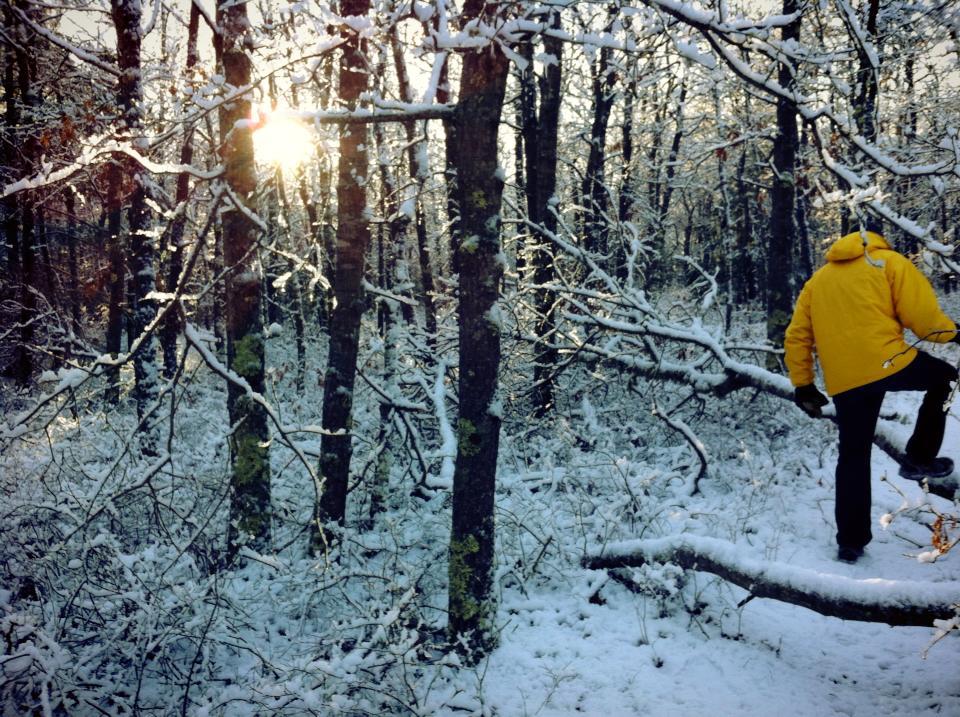 Hiking the woods in East Falmouth

Of the many meals we shared with our friends this weekend, the one that greeted us when we first stumbled in from our long road trip stands out for being the most quintessential to Cape Cod (our friends know us well). Portuguese kale soup—also called Portuguese greens soup, or caldo verde—traveled to this part of Massachusetts via the Portuguese fishermen who settled here seeking fishing/whaling jobs in the late 19th century. In communities with a still-sizable Portuguese community today, like Fall River and Provincetown, this soup is as easy to find as New England clam chowder. But while we’ve ordered it at cafes and restaurants on the Cape from Falmouth to Wellfleet, we’d never before had it homecooked—nor in the winter, when it’s at its most satisfying.

Our friends used the recipe from the classic cookbook Joy of Cooking, which traces the dish’s lineage from Minha, Portugual, to Cape Cod. We showed up just in time to enjoy it with a loaf of bread we picked up in Fall River, Massachusetts, at one of that town’s many terrific Portuguese bakeries. It was a perfectly hearty, restorative soup on a bracing winter’s day.

1 1/2 Tbsp olive or other vegetable oil

8 cups water, or a mix of water and chicken/veg stock

4 cups chopped or shredded kale (or another green, like Swiss chard or collards)


Heat oil in a large soup pot, over medium-low heat. Add onion and garlic; cook, stirring, until tender but not browned, 5 to 10 minutes. Stir in the water or stock, potatoes, salt, and pepper, and bring to a boil. Reduce the heat and simmer until the potatoes are soft, about 20 minutes. Remove the pot from the heat. Using a potato masher, lightly mash the potatoes in the pot, to give the soup a chunky texture.

In another skillet, over medium-high heat, cook the sausage (add a little more vegetable oil, if you wish), stirring, until browned. Add the meat to the soup pot. Pour a small amount of the soup into the skillet, scrape up any browned bits, and return the liquid and browned bits to the soup. Simmer for 5 minutes, then stir in the kale, and simmer another few minutes. Add the lemon juice, then ladle into bowls. We enjoyed ours with crushed red pepper and Portuguese bread.