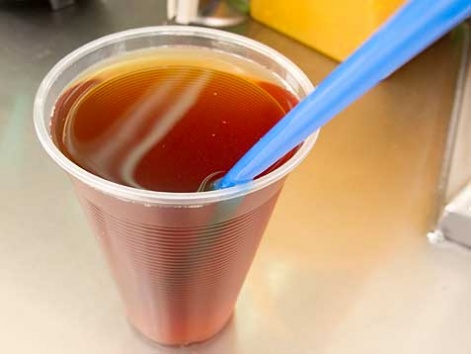 What: This ancient fermented pineapple drink is not indigenous to D.F.—it likely originated in or around the state of Jalisco, on the central west coast—but it’s found throughout the country and is common enough here to warrant inclusion. It’s essentially pineapple, sugar, and water left to ferment for a few days—producing a very low level of alcohol—though sometimes honey, cloves, cinnamon, barley, and/or other fruits are added as well.

Order: Un tepache (6p), plus you may want to try a gordita, tlacoyo, or quesadilla here.

Alternatively: El Borrego Viudo (Revolución 241, map), a popular late-night (as in, 24-hour) taquería in Colonia Tacubaya (southwest of la Condesa), sells tepache, but in general, you’ll often find it at markets or wherever you see aguas frescas being sold, so keep your eyes open.