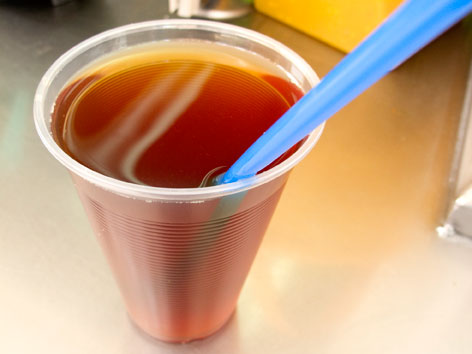 What: This ancient fermented pineapple drink likely originated in or around the state of Jalisco, on the central west coast—but it’s found throughout the country. It’s essentially pineapple, sugar, and water left to ferment for a few days—producing a very low level of alcohol—though sometimes honey, cloves, cinnamon, barley, and/or other fruits are added as well.

Where: Our pic is from Mexico City, just outside the Mercado San Juan de los Arcos de Belén at a corner stand called El Famoso (corner Lopez and Arcos de Belén), where tlacoyos, gorditas, and quesadillas were also on offer. There, the lightly sweet tepache included tamarind and orange.

Alternatively: Look for tepache at markets around the country—it’s often sold alongside aguas frescas.