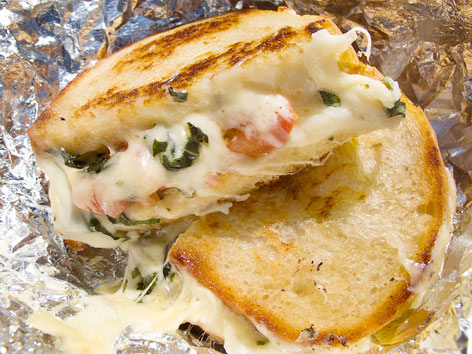 What: Detroit seems to have long recognized the need to support its vendors and food producers, so the relatively young “eat local” movement in the U.S. isn’t a totally new trend here—fitting for the city planning the world’s largest urban farm. For years, there’s been locally made sausages, bread, corned beef, pickles, pistachios, hot fudge, beer—just to give a few random examples. Eastern Market, a traditional open-air six-block public market established in 1891, has played an essential role, attracting regional producers and farmers and the chefs who source from them; fortunately, it still thrives to this day. Here we’d like to draw attention to some other Metro Detroit eateries that are especially local-minded.

Where: At Café Muse (418 S. Washington Ave., map) in Royal Oak, an attractive little city-suburb of Detroit, care is taken to use seasonal, organic, local ingredients on its sophisticated Euro-inflected menu whenever possible, providing a list of local farms used by the kitchen on its dinner menu (and website).

Order: The grilled cheese sandwich ($8.25 at lunch, pictured, is no stranger to press—it’s been featured on everything from Oprah to Esquire. And we are guiltily following the masses on this one, because this sandwich is something special: a gooey, decadent concoction of three white cheeses (havarti, fontina, fresh mozzarella) on buttery bread, buoyed by tomato, a smattering of basil, and a drop of honey. Two of the cheeses hail from next-door Wisconsin, the bread’s from a local bakery, and the honey is produced in northern Michigan.

Alternatively: Some other standouts in the locavore category are the Russell Street Deli (2465 Russell St., map), which not only uses local corned beef, bread, and pickles (see also: Corned beef, Dinty Moore sandwich), but also lots of Michigan eggs, maple syrup, sausages, cherries, and even tofu on its excellent breakfast-lunch menu. Right down the block is Supino Pizza (2457 Russell St., map), which likewise sources from Eastern Market across the street for many of the toppings on its beloved thin-crust (read: not Detroit style) pizzas. In Corktown, there’s Mudgie’s Deli (1300 Porter St., map), always striving to include fresh, local products—from peanut butter to roast beef to ice cream. For more locavore purveyors, check out the Grown in Detroit Dining Directory.