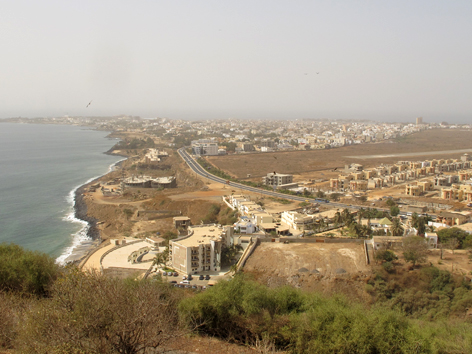 Many Dakarois are big into fitness, as you might guess from the buff runners along the seaside corniche, the wide, palm tree-lined road with sidewalks that chases the Atlantic coastline. Join them for a jog—you can take the path right to the Soumbédioune market for the late-afternoon fish spectacle if you wish—but do it during the day, as parts of this strip are known for muggings at night.

In waterfront Mamelles, just south of the airport, you can walk the paved road up to the quaint 1864-built lighthouse (map), which affords some lovely views over the city and sea (pictured at top). For an even higher vantage point, walk down the highway a bit and cross the street (or, safer, take a cab) to the controversial African Renaissance Monument, the legacy of former president Abdoulaye Wade, unveiled in 2012—you really can’t miss it; it’s said to be the tallest statue in Africa. Climb the many steps for more exercise, and then consider paying 6,500 CFA/€10 to ride the elevator to the top for more views. 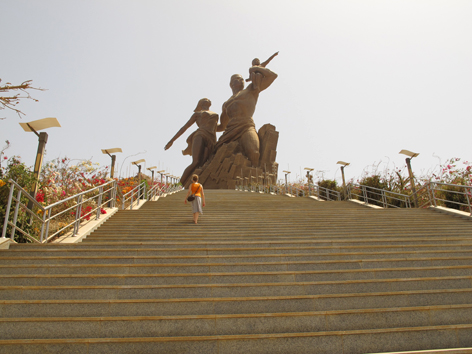 Our favorite places to escape the bustle of the city to hike in nature were the city’s islands: surf-friendly Île de N’Gor in the north, wild Îles de la Madeleine in the southwest, and historic Île de Gorée in the southeast. N’Gor is reached via a short pirogue ride from the N’Gor beach; boats run frequently throughout the day, and you can often find a local to act as a guide if you’re interested. Madeleine requires a bit more preparation, as the trip is further and boats are not frequent—in fact, we heard they were suspended for a while—but the reward is a pair of rocky, uninhabited islands, accessible via a small, picturesque lagoon, famed for their bird life and dwarf baobabs. We found a reliable fisherman at Soumbédioune to bring us there for a fair price (Basheel: 77-380-5130); if you organize this yourself, be wary of overfilled boats. 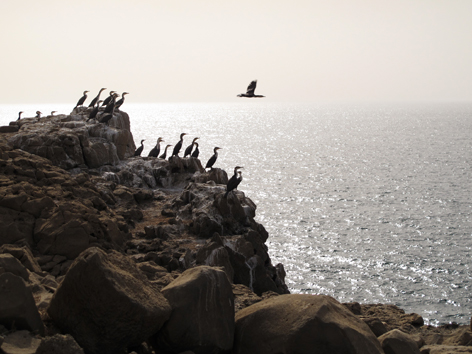 Gorée, of course, is (rightly) among Dakar’s biggest tourist attractions, and well worth the 5,200 CFA round-trip ferry (see schedule here). Besides the powerful symbols and still-standing landmarks of the Atlantic slave trade, the tranquil island is home to flower-filled cobbled streets, gorgeous vistas of Dakar across the sea, and wonderful grassroots arts communities. You’ll be tempted to stay the night; check out pretty Chez Valerie (33-821-8195; [email protected]; 7 Rue Saint Joseph; doubles from 20,000 CFA) if you do. 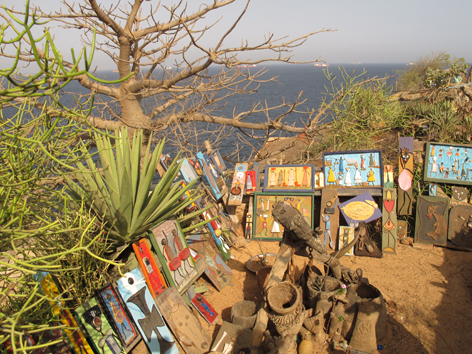 If you’ve seen the seminal 1966 surf film Endless Summer, you will already be intrigued by the rolling waves off Dakar—more specifically, the famed “N’Gor right.” Despite the press, the sea is still quite uncrowded here, setting the stage for an unexpectedly ideal surfing excursion or holiday. Beginners can learn the ropes at N’Gor Island Surf Camp (Île de N’Gor, map), where four hours of surf school costs €30 per day, while experienced riders might want to make a trip out of it: The surf camp offers accommodation from €32 a night (for dorms; €98 for private doubles), which includes airport transfer, two meals a day, and a guide to the best surf spots (board rentals are separate). 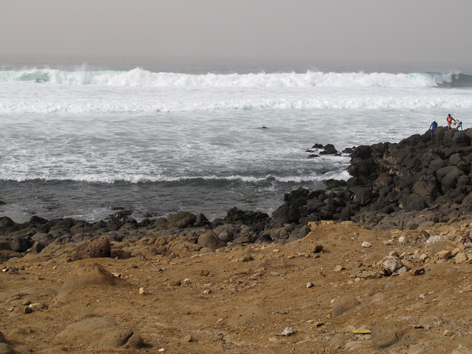 In nearby Yoff Virage, Tribal Surf Shop also offers surfing classes, as well as board rentals and repairs, plus other watery activities including bodyboarding and kayaking (half-day for €15).