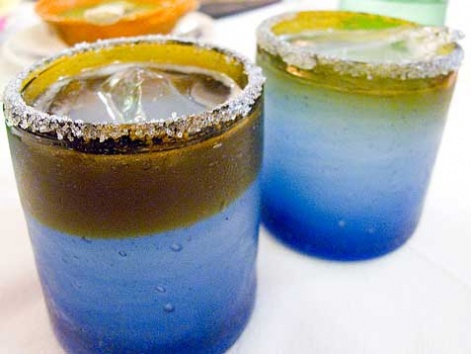 What: There’s a good chance that the ubiquitous margarita cocktail—at its most basic, tequila mixed with triple sec and lime—may not have even originated in Mexico (there are many claims as to who invented it, whether a bartender in Puebla or Texas or England, usually by a man for a woman named Margarita). But there’s no denying that Mexico, the birthplace of tequila, remains an ideal place to throw a few back.

Where: We enjoyed our salt-rimmed margaritas in Mexico City at Fonda el Refugio (Liverpool 166, map) in the Zona Rosa, a very good restaurant known for its very strong (if small and pricey, at 55p) margaritas.

Unfortunately, this restaurant has closed since our last visit, but it is not hard to find another margarita in this country. Most bars and restaurants—especially in cities and coastal towns—will be able to mix you a margarita. There’s no shame in asking!