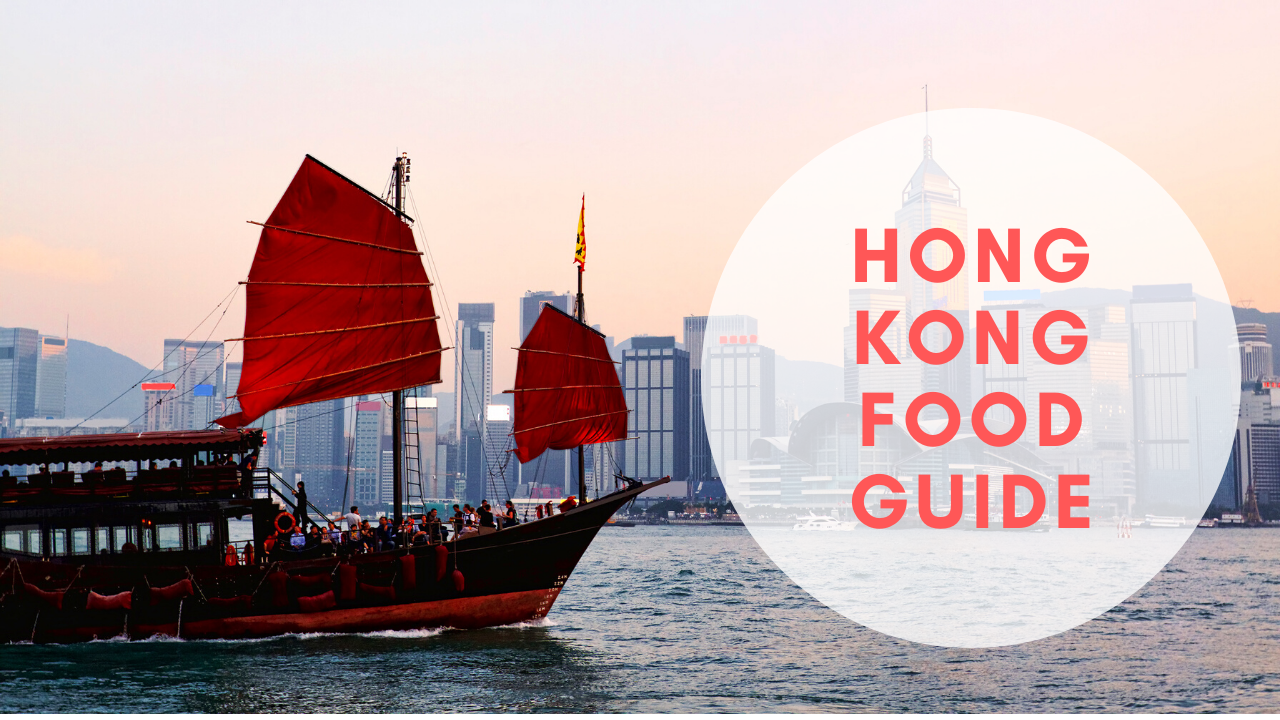 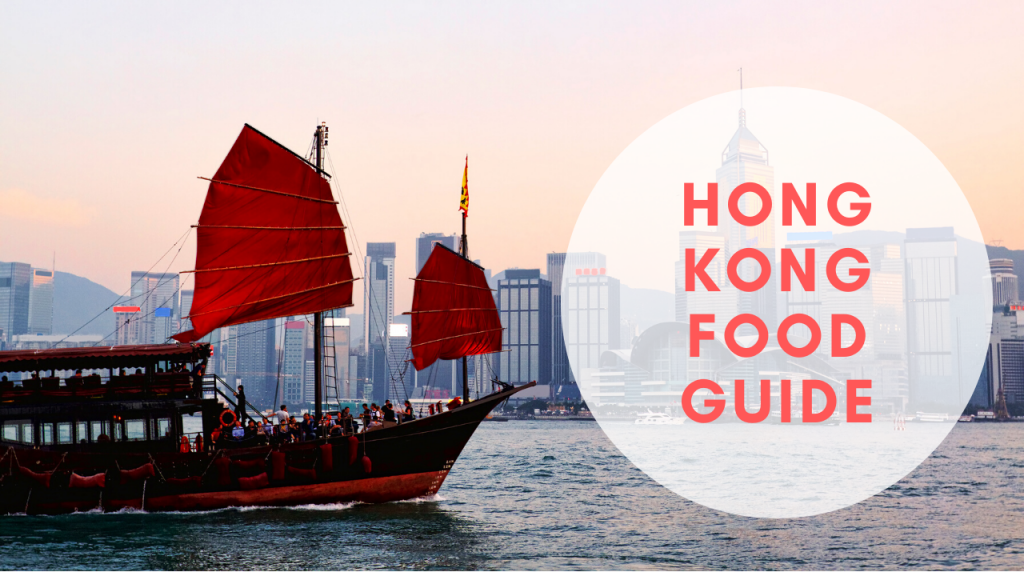 If you love food, chances are you have already thought about visiting Hong Kong to experience real Cantonese cuisine. It is a city where you can not only the best of everything in high-end Chinese food but also try local delicacies and traditional cuisines from the region. To help you make the most of it, here’s our guide to some of the must-eat restaurants in Hong Kong for your trip in 2020 and beyond. 食飯! (Sihk faahn / Eat!) 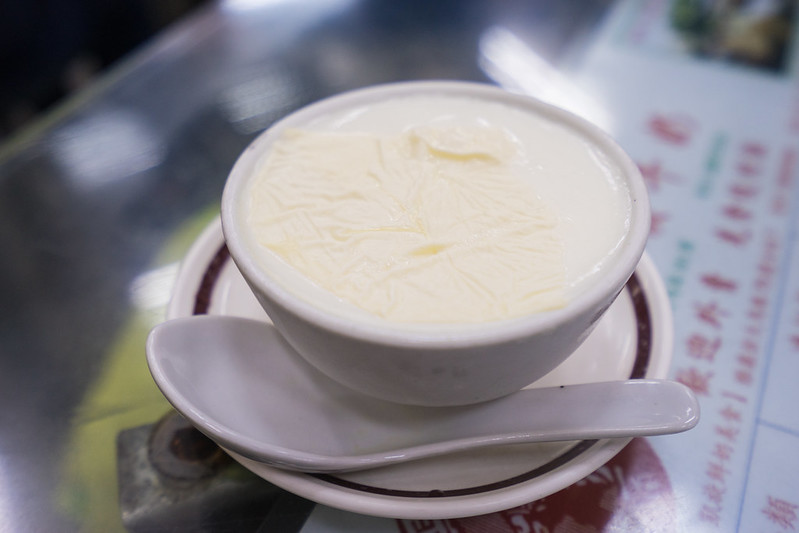 Yee Shun Milk Company is best known for its steamed milk pudding with a double skin on top. It is made from buffalo milk, which is steamed using a specific process to create a dessert that is somewhat lighter than tofu but with a thin layer of milk on top. As the dessert is made from buffalo’s milk, it is beautifully creamy and smooth, with only a tiny bit of skin texture to it.

There are plenty of other desserts and drinks to be enjoyed at Yee Shun, and several locations you can visit, including Causeway Bay (map) and Yau Ma Tei (map).

Kung Wo Tofu (map) offers various kinds of tofu and breakfast dishes, maybe none more common than its silken tofu pudding (HKD 10). It’s a famous Chinese snack made from the silkiest tofu you’ve ever had and clear syrup. Tofu pudding is not as soft as the milk pudding of Yee Shun, but it is as. 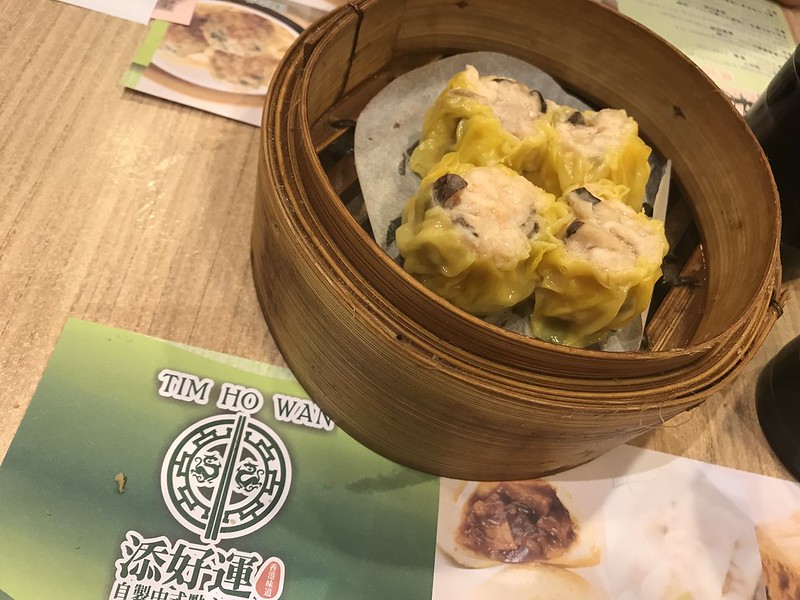 Tim Ho Wan was once known as the world’s cheapest Michelin-starred restaurant. What started as a small 20-seat shop in Mong Kok doing all-day dim sum has since grown into a global brand of 46 outlets in a dozen countries or more (map). Tim Ho Wan offers plenty of tasty items on its menu, but the shop’s star is its baked BBQ pork buns. These baked clouds of porky delight have become so legendary you can’t speak of Tim Ho Wan without talking about them. 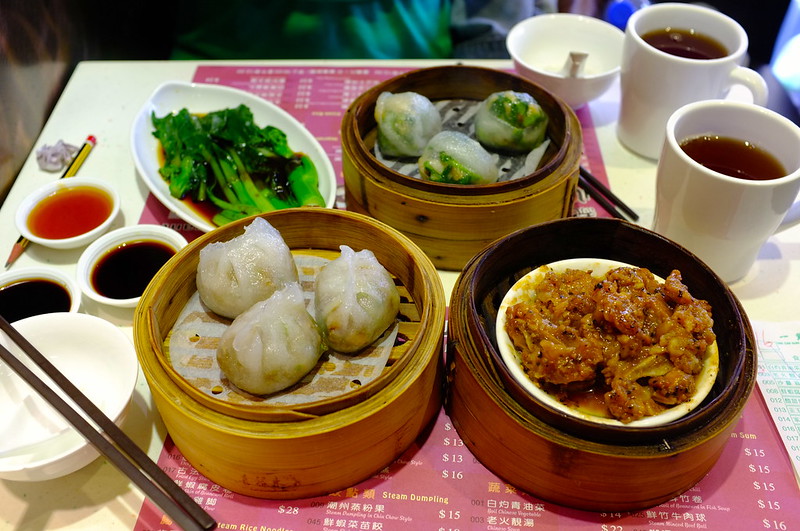 Another all-day dim sum spot with a Michelin star, One Dim Sum (map) serves the more common form of char siu bao, or steamed pork BBQ buns. The buns are nicely textured and filled with the most savory-sweet pieces of char siu pork you can imagine. But even better is the harm shui kok, fried glutinous rice balls filled with salted pork. The meat is not sweet like with char siu, and the coating of sticky rice has the chewy consistency of mochi. The crisp deep-fry at the end adds a delicious crunchy texture and taste. 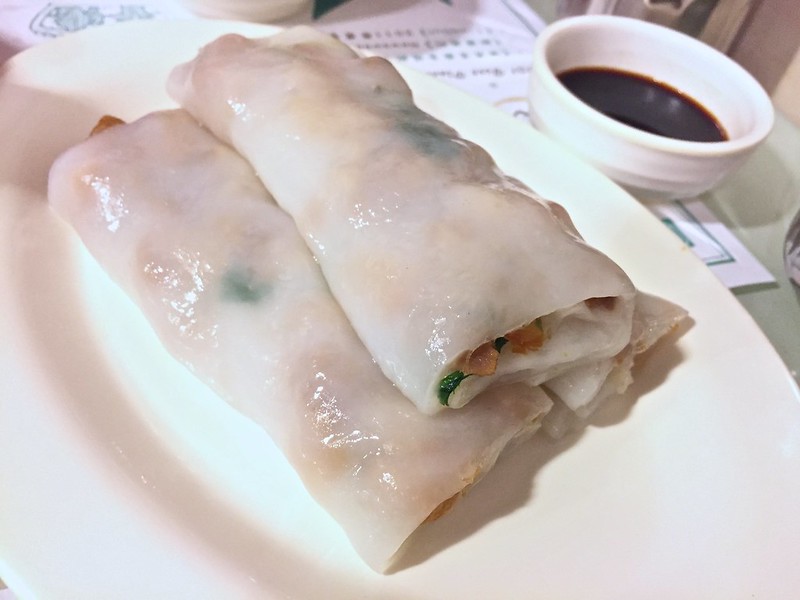 You can’t come to Hong Kong without eating a lot of dim sum, so here’s another great bet: Dim Dim Sum (map) is a restaurant once named as one of the 101 best places to eat around the world by a group of top chefs. One of our favorite dishes here is the vegetarian rice flour rolls. Known as cheong fun, they’re thin, slippery rice noodle sheets that can be filled (with minced vegetables and mushrooms, in this case) or served plain. 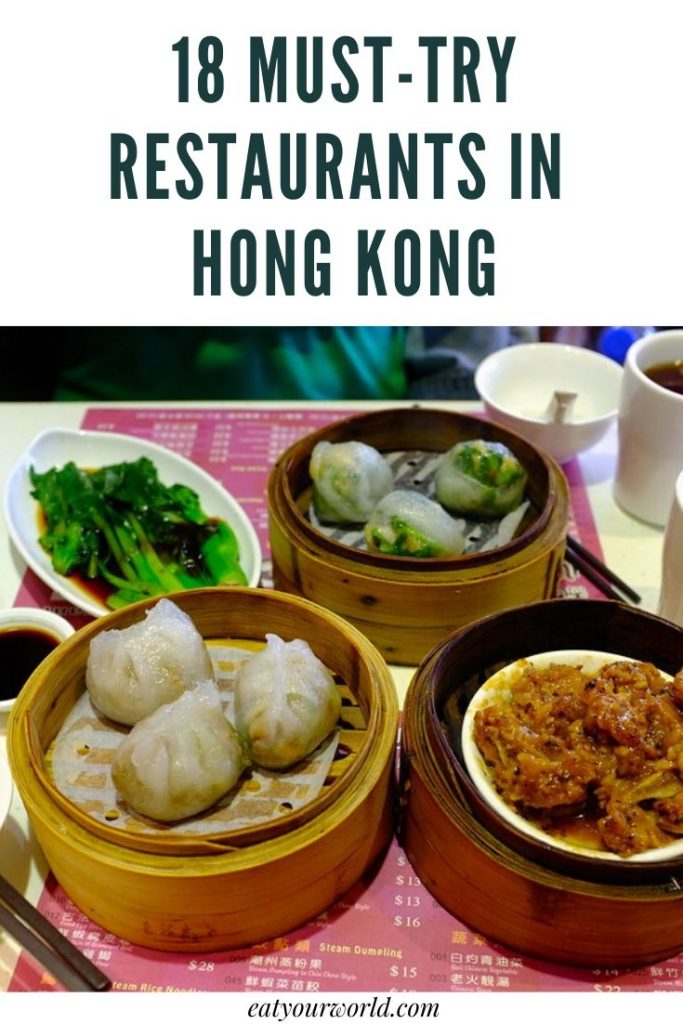 Fat Boy (map) is a Michelin-recommended street food stall that specializes in just one item: skewers. Its range of skewers includes a wide variety of well-marinated meats, including offal such as gizzard, pig’s intestine, and duck’s stomach. The most popular skewer? Octopus marinated to perfection. 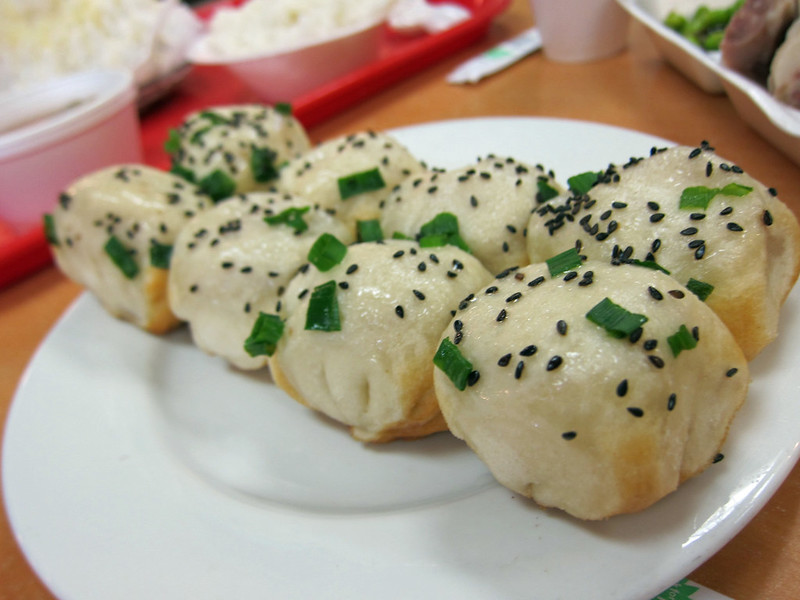 Cheung Hing Kee (map) is famous for its beautiful black truffle sheng jian bao, which is a dumpling filled with soup. It’s comparable to xiao long bao; however, they are pan-fried and also have a thicker skin. It goes without saying these are super tasty, and a unique culinary experience. 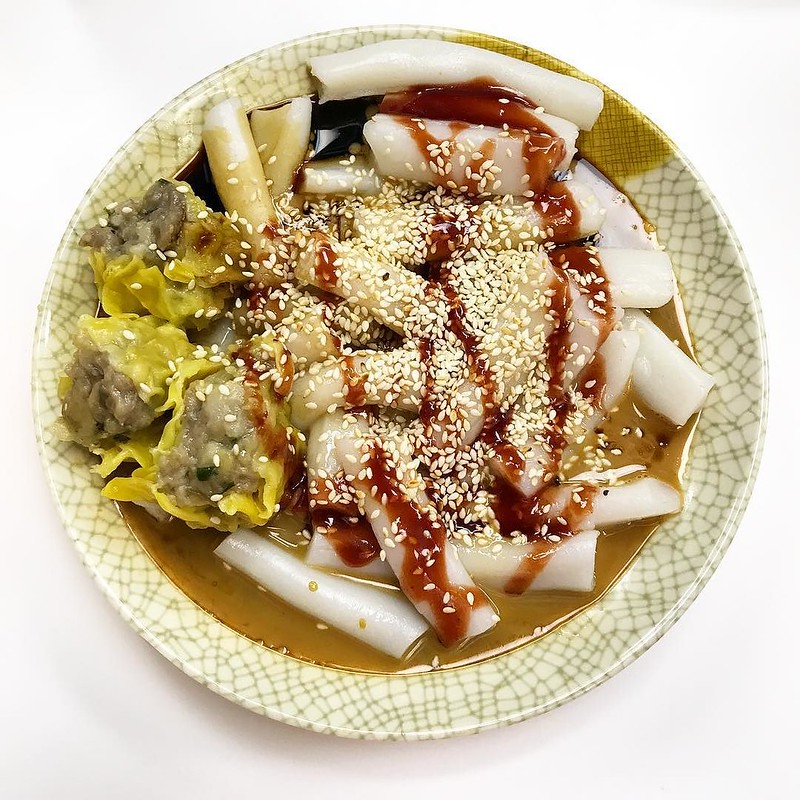 Hop Yik Tai (map) is a modest stall known for its delicious cheong fun (rice rolls). The slippery rolls are rolled into tubes plain before being drizzled with sesame seeds and two sauces: a seasoned soy sauce and some peanut-style sauce.

Block 18 Doggie’s Noodle (map) is another street food stall recommended by Michelin. On the menu, it sells just a few items, the most important of which are the noodles! Bowls of short, thick springy noodles made with shrimp, mushroom, dried radish, and fried pork fat (and no, nothing to do with dogs). Hungry yet?

Chin Sik (map) specializes in cart noodles from Hong Kong and is yet another street food stall recommended by Michelin. “Cart noodles” simply refer to a form of streetside noodle sold in the low-income Hong Kong districts of the 1950s. They nearly disappeared, but the noodle style has regained popularity in recent days, for good reason. 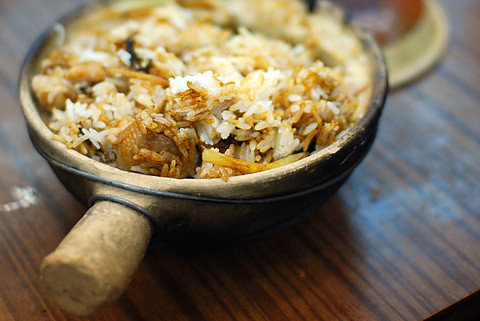 The Four Seasons Clay Pot Rice (map) restaurant specializes in clay pot rice, which is a Chinese-style rice dish that is cooked and served in a clay pot and overlaid with a variety of ingredients such as chicken, pork, duck, Chinese sausage, and vegetables. The pots are slow-cooked over charcoal, creating a crunchy rice layer at the bottom of the pot—almost like paella. You are supposed to pour in soy sauce upon receiving the dish and let it soak for a few minutes before digging in. 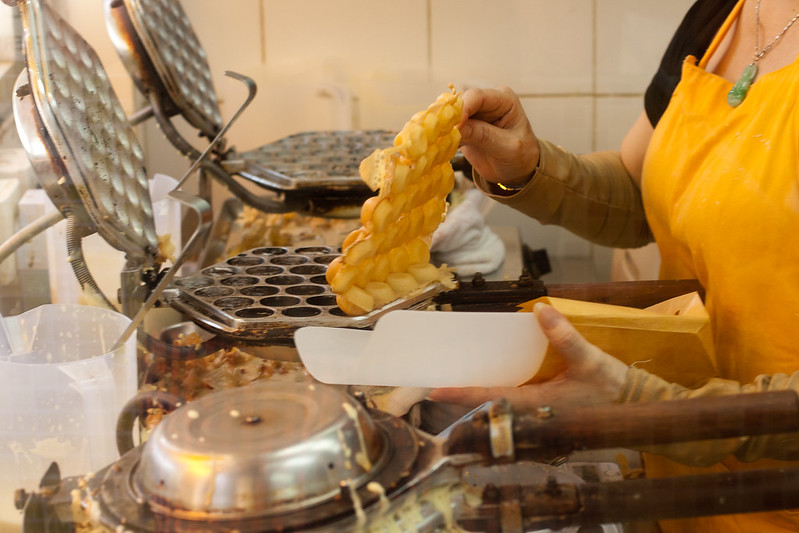 Yet another street food stall recommended by Michelin, Mammy Pancake (map) specializes in egg puffs—those circular bubble-wrap-looking snacks that are among Hong Kong’s most beloved and delicious things to eat. 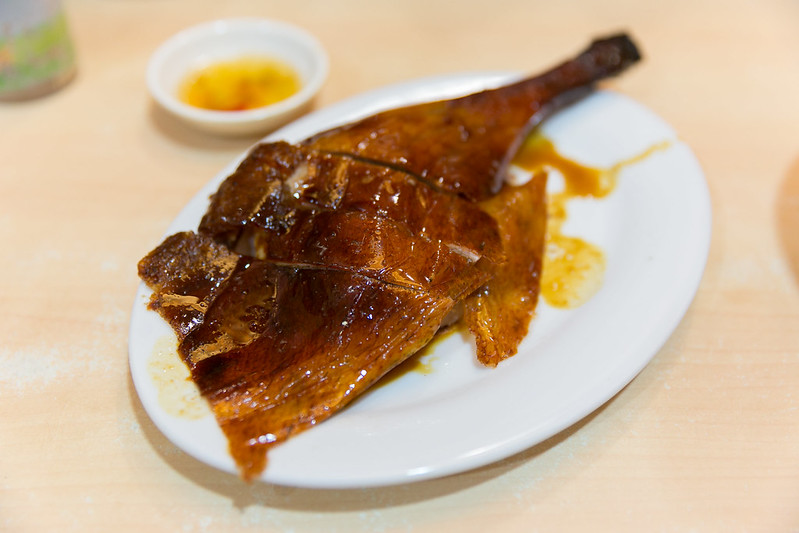 Roast goose is among Hong Kong’s most sought-after dishes. Many people associate the dish with Hong Kong, like egg puffs or dim sum, so it’s a perfect city to try it! The popular roast goose drumstick from Yat Lok (map) over rice is exceptionally juicy and flavorful. If you’ve never had goose before, it’s generally gamier and fattier than chicken, but also much richer in flavor. 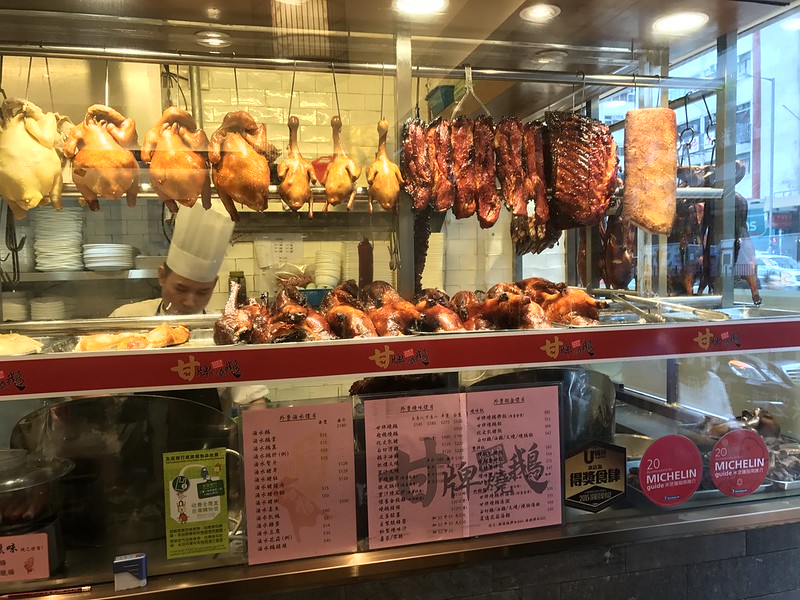 Another Hong Kong candidate for the best roast goose, Kam’s Roast Goose (map) looks more like a proper sit-down restaurant with tablecloths and cutlery when compared to Yat Lok, but it maintains its typical siu mei shop look. It’s worth taste-testing both of these geese!1

Joy Hing Roasted Meat (map) is a siu mei restaurant with a long history, starting in late 19th-century Guangdong before heading to Hong Kong in the early 1900s. It’s been in business for over a century serving roasted meats. A restaurant with that king of legacy better be good, and Joy Hing doesn’t disappoint. 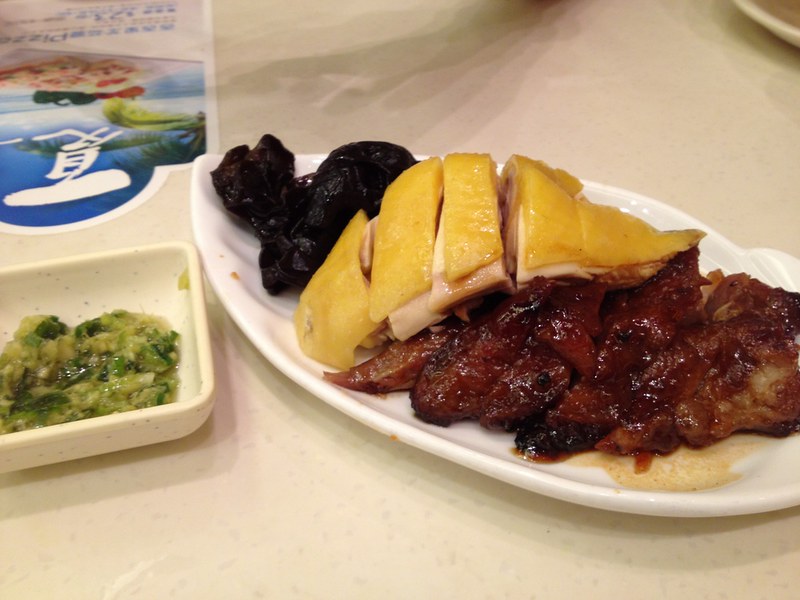 It doesn’t get as much press as Joy Hing, but Tai Hing is another restaurant often included in articles citing Hong Kong’s best char siu (barbecue). It’s a chain of sit-down restaurants (map), with several branches across Hong Kong, including at the airport, unlike Joy Hing, which is a typical siu mei shop with only one branch. 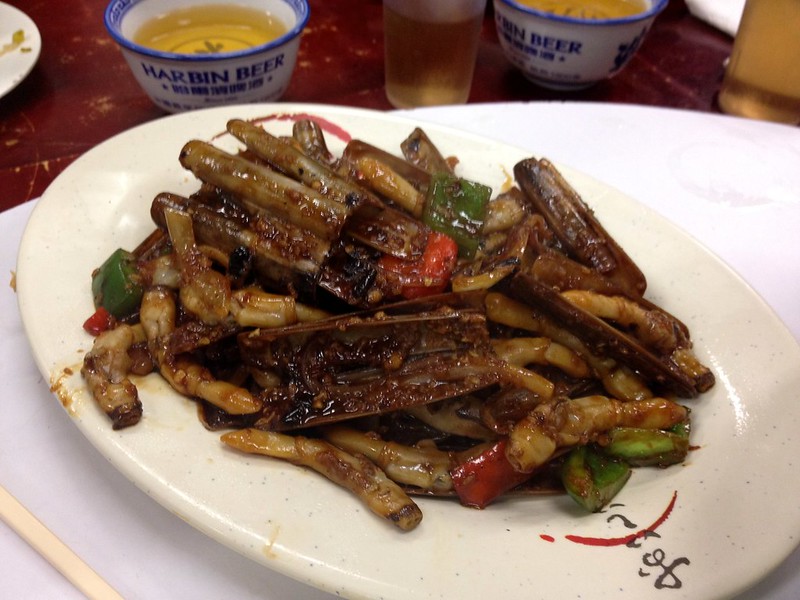 Bourdain-recommended Tung Po (map) is one of our favorite places in Hong Kong, in North Point. It’s a rowdy indoor dai pai dong, traditionally a type of Hong Kong open-air food stall similar to a Penang or Singapore hawker center. It’s particularly celebrated for its seafood (like the squid ink spaghetti and razor clams, pictured) and its beer served in bowls. 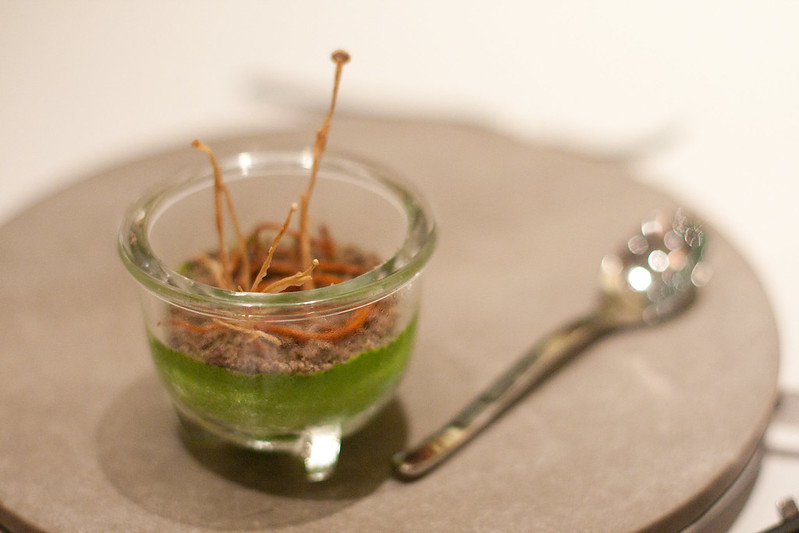 If you are looking for a really unique meal, Bo Innovation (map), with two Michelin stars, is one to put on your list. Chef Alvin Leung, aka the “demon chef,” has developed a cooking style he likes to call X-treme Chinese Cuisine: modern, creative twists on classic Hong Kong cuisine. One of his famous creations is a playful take on “green eggs and ham” with green century egg cream and cured magnolia ham.

There are so many fantastic restaurants and eateries to try in Hong Kong. If you don’t see your favorite spot on this list, drop a comment below and name that eatery!

by Eat Your World
2 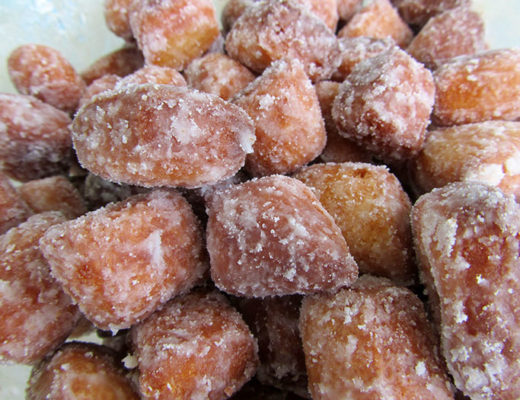 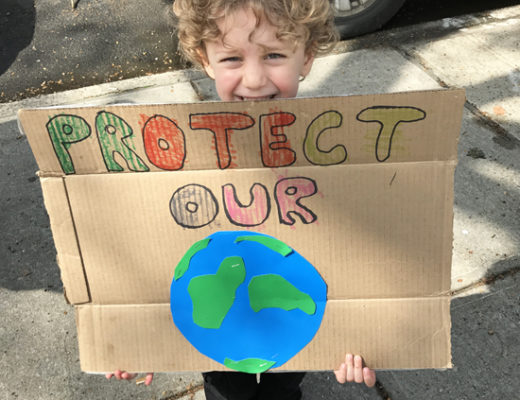 Update: How to Eat + Cook Sustainably for Earth Day, and Beyond (Even During a Pandemic)